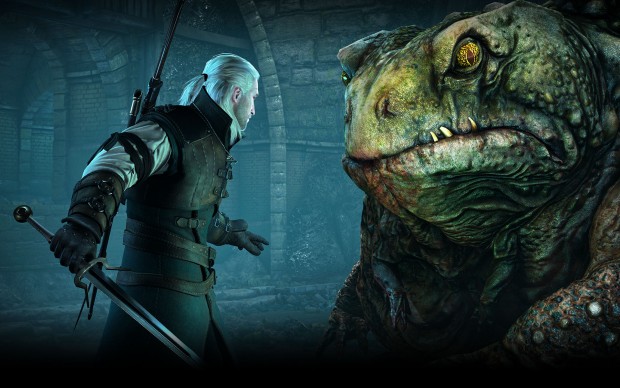 The Witcher III: Wild Hunt is a very likely frontrunner for our RPG of the year, and it’s easy to see why. Many open world games suffer side mission fatigue, using repetitive quest structures as filler to extend the playtime. In The Witcher III, every mission, whether they be side content or critical thread, is hand crafted and beautifully executed. As Eric stated in his review “There is no filler here.” Despite that wealth of content, the team at CD Projekt RED still had more to say, releasing 16 pieces of DLC for free. Now, we get out first true expansion pack — this one entitled Hearts of Stone.

If you’ve not completed The Witcher III: Wild Hunt, rest easy — it can be played separately, or as a series of missions that take place around a character level 30 or higher. If you decide to play it before you’ve run through the main thread of Wild Hunt, the game presents a custom new game mode that boosts you to level 32, fills your pockets with suitable gear, and provides a tweaked experience where the main story threads are turned off so to not disrupt your main journey.

The Witcher III’s first expansion starts as most Witcher work does — with a contract to slay a beast. Sailing north of Novigrad to dispatch the monster, Geralt’s usual string of luck persists, embroiling him in the twisted mission of a bandit named Olgierd von Everec. Everec, for his own twisted reasons, had decided to seek immortality. As is often the case, sometimes the worst thing that can happen is that we get exactly what we wish for.

Hearts of Stone’s ten or so hours take place in the swamps and forests of Velen and Oxenfurt across roughly two dozen missions, both side and main. The stakes are always high in The Witcher, but Hearts of Stone alternately neatly from gritty to jovial with little effort — a testament to the fantastic writing from the CD Projekt RED team. You’ll still face impossibly grey moral choices, and you’ll still struggle with the unforeseen consequences of those decisions down the road. More hunts, more beasts, more morally ambiguous choices, more Gwent — I guess what I’m trying to say is that Hearts of Stone is another helping of what made The Witcher III: Wild Hunt great.

Eric entitled his review for The Witcher III: Wild Hunt as “Something ends, something begins”, and that couldn’t be more true than in this expansion. The fates of Geralt and his companions are buttoned up nicely here, serving as part prologue and part new adventure for the brooding hero. Without the pressure of The Wild Hunt at your heels, Geralt’s newest story has room to breathe. With that extra legroom, Hearts of Stone takes some of the interesting side mechanics and story threads and expands on them. Here we see Geralt gathering a gang to pull a heist, attend a wedding, and even commune with the dead. Most expansion packs are happy enough to simply add a little more main story and call it done, but Hearts of Stone feels like it snaps into the main product seamlessly.

Beyond the always-impressive writing, there are two minor adjustments to gear that might alleviate your overflowing backpack of glyph problem. A new merchant named the Ofirian wizard allows you combine glyphs and create permanent buffs for Geralt. This “Runewords” mechanic is helpful, though as it was in the main game, your combat prowess are more important.

The bosses are no smaller in this expansion.

Speaking of combat, there is only one fight that really struck me as imbalanced or out of place. Early on there is a quest that ends up pitting Geralt against a hoard of enemies inside very tight quarters. Even though the quest presents early on, at level 33 this fight felt nearly impossible. Thankfully, you can skip it entirely or come back and mop the floor with them when your skills and powers match the fight.

It’s odd to say, but I rather enjoy the fact that Hearts of Stone can be run as a separate quest. With over 100 hours of content in Wild Hunt it can feel somewhat overwhelming to a completionist. The lure of hitting every single side mission rather than push the narrative can end up shoving this to the proverbial ‘end of the line’. In that way, Hearts of Stone can provide a respite to the overall arc, allowing you to stretch Geralt’s legs in a story that has a definitive beginning, middle, and end.

The Witcher 3: Hearts of Stone

If you enjoyed The Bloody Baron quest line in The Witcher III: Wild Hunt, you will absolutely love Hearts of Stone. While it is the first piece of DLC with a price tag, the storyline justifies that at twice the price.

Ron Burke is the Editor in Chief for Gaming Trend. Currently living in Fort Worth, Texas, Ron is an old-school gamer who enjoys CRPGs, action/adventure, platformers, music games, and has recently gotten into tabletop gaming. Ron is also a fourth degree black belt, with a Master's rank in Matsumura Seito Shōrin-ryū, Moo Duk Kwan Tang Soo Do, Universal Tang Soo Do Alliance, and International Tang Soo Do Federation. He also holds ranks in several other styles in his search to be a well-rounded fighter. Ron has been married to Gaming Trend Editor, Laura Burke, for 21 years. They have three dogs - Pazuzu (Irish Terrier), Atë, and Calliope (both Australian Kelpie/Pit Bull mixes).
Related Articles: The Witcher 3: Hearts of Stone
Share
Tweet
Share
Submit