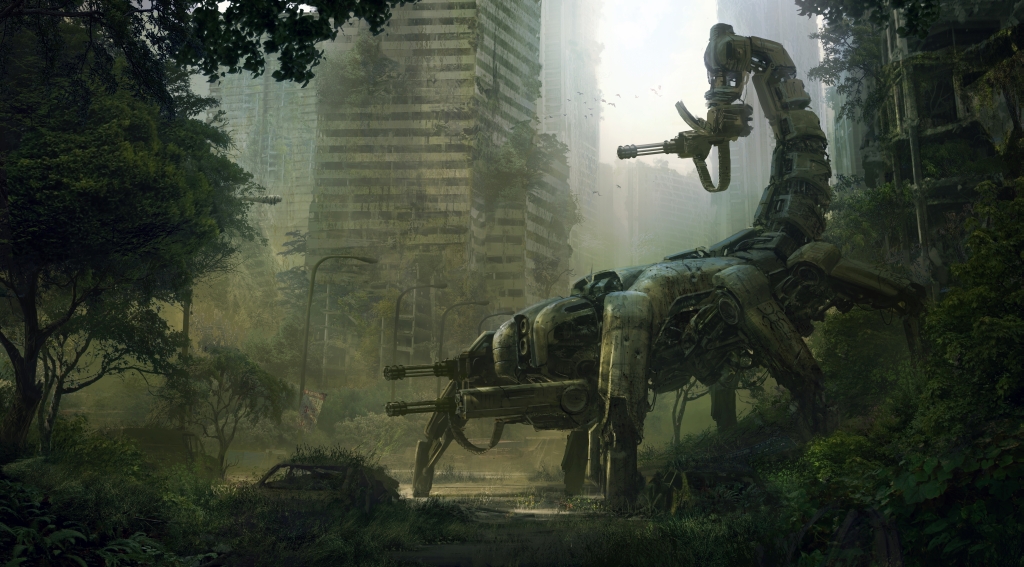 There are products that you can expect that you’ll never see a sequel. Whether the IP got gobbled up by a larger company, abandoned, or otherwise relegated to history, sometimes the stars just will not align. But then there’s Kickstarter.

Kickstarter gave fans the ability to put their money where their mouth is, pre-buying products ahead of development, and then participating in the process to help shape the results. This gave us Shenmue 3, Torment: Tides of Numenera, Mighty No. 9, Elite: Dangerous, Shadowrun Returns, Shroud of the Avatar: Forsaken Virtues, The Bard’s Tale IV, Amplitude, and many more. One of the RPGs that started it all, though, is Wasteland. Wasteland 2 was another Kickstarter success on the PC, nabbing Game of the Year from PC World and several other outlets, but the team at inXile wasn’t quite done.

Not unlike our favorite movies, sometimes the bits that ended up on the chopping block can give entirely new depth to a film. Similarly, Wasteland 2: Director’s Cut takes the pieces that Brian Fargo and his team couldn’t pack into the already-stuffed original release and brings them to life. New voice work, a graphical overhaul courtesy of Unity 5, a rebuilt Perk and Quirk system, and surprisingly enough, controller support. When it was announced, it should have told us what was coming — a port to the current-gen consoles.

I was a backer on Kickstarter for the original, so I got my update to the Director’s Cut for free, but I couldn’t pass up the opportunity to try it out on the Xbox One. Could a complex and amazingly deep RPG translate to from mouse and keyboard to a controller cleanly?

Re-inventing the wheel on wheel-based skills was not on the to-do list for inXile, so any sort of interactive elements such as safecracking or picking up objects, as well as skill selection and combat elements are handled with a trigger pull and a quick selection, Mass Effect-style. The left trigger contains skills, and the right trigger handles combat actions. It’s very intuitive, and the game is quick to help you with some of your decisions. Close-combat Rangers automatically pre-calculate the path to attack the nearest foe, and your gunslingers put targets with the highest chance of success in their sights.

RPGs have changed dramatically over the years. Japanese RPGs had their rise and fall, and Western RPGs have moved to action-based sandboxes. But Wasteland 2 is different. The turn based combat mechanisms most closely remember XCOM: Enemy Unknown, or the original Fallout titles, and that’s high praise indeed. Know this about the Wasteland series, though — the game will not hold your hand. If you’ve played games that give you a safety net, this isn’t that game. Your first mission is to go to one of two locations and prevent a catastrophe. As a “learning tool”, your Commander has sent you out ill-equipped. Consequently, you can fairly easily find your team poisoned, out of medical supplies and ammunition, and with no recourse but to restart. I personally love the taste of that sort of brutality — Wasteland 2 is the Dark Souls of the RPG world.

A throwback to older RPGs — you can select keywords in conversations

There is one issue that persists from the PC version to the console release — AI pathfinding. When you are engaged in combat you have full control over every step your team takes, but getting into position to ensure you have the best chance of success requires a bit of planning. Most of the time, that works according to plan, but occasionally your team will get stuck on objects or have trouble getting into position to interact with objects. It’s a minor nuisance, but when it happens you might lose that much-needed first strike initiative.

The move to Unity 5 has brought with it a whole host of upgrades, as well as a slight bump in presentation quality. Wasteland 2 is an isometric tactical game, so the characters are meant to be viewed from a distance, so don’t expect photorealism. That said, it’s plain to see the hand-crafted detail packed into each scene, even if it tends to be a bit monochromatically brown at times.

If you played Wasteland 2 on the PC, you know that this is a text-heavy adventure. While more voice acting has been added to this Director’s Cut edition, there is still plenty to read. Obviously you don’t view your television at the same distance that you would a monitor, so inXile has added a few options to punch up the text size.

A few minor adjustments to bring it to large-format televisions.

Controlling the camera is a breeze with a mouse and keyboard, zooming in and out with the scroll wheel, and swinging in any direction with the flick of your wrist. On the Xbox One controller, you’ll be able to rotate the camera in a 360-degree arc easily enough with the right thumbstick. Clicking said thumbstick shifts its use into pushing the camera closer to the action or pulling further out to a longer isometric view, or even a top-down look at the action. It is a little bumpy, but once you find the ‘sweet spot’, you’ll likely leave it there.

The biggest and best addition to the Wasteland formula in this Director’s Cut is a great throwback in the forms of perks, quirks, and precision aiming. Perks and quirks offer up some interesting modifiers to the experience, granting additional skills or bonuses and usually at a cost. Precision aiming lets you literally shoot the wings off a fly, or many other dismemberment bits of fun.

Put plainly, there is nothing quite like Wasteland 2 on consoles. Unforgiving, incredibly deep, and expertly written, inXile has built something that defies the conventional standard. Cleanly mapped to a console controller, Wasteland 2 is a must-have for any RPG fan.

Ron Burke is the Editor in Chief for Gaming Trend. Currently living in Fort Worth, Texas, Ron is an old-school gamer who enjoys CRPGs, action/adventure, platformers, music games, and has recently gotten into tabletop gaming. Ron is also a fourth degree black belt, with a Master's rank in Matsumura Seito Shōrin-ryū, Moo Duk Kwan Tang Soo Do, Universal Tang Soo Do Alliance, and International Tang Soo Do Federation. He also holds ranks in several other styles in his search to be a well-rounded fighter. Ron has been married to Gaming Trend Editor, Laura Burke, for 21 years. They have three dogs - Pazuzu (Irish Terrier), Atë, and Calliope (both Australian Kelpie/Pit Bull mixes).
Related Articles: Wasteland 2 Director's Cut
Share
Tweet
Share
Submit