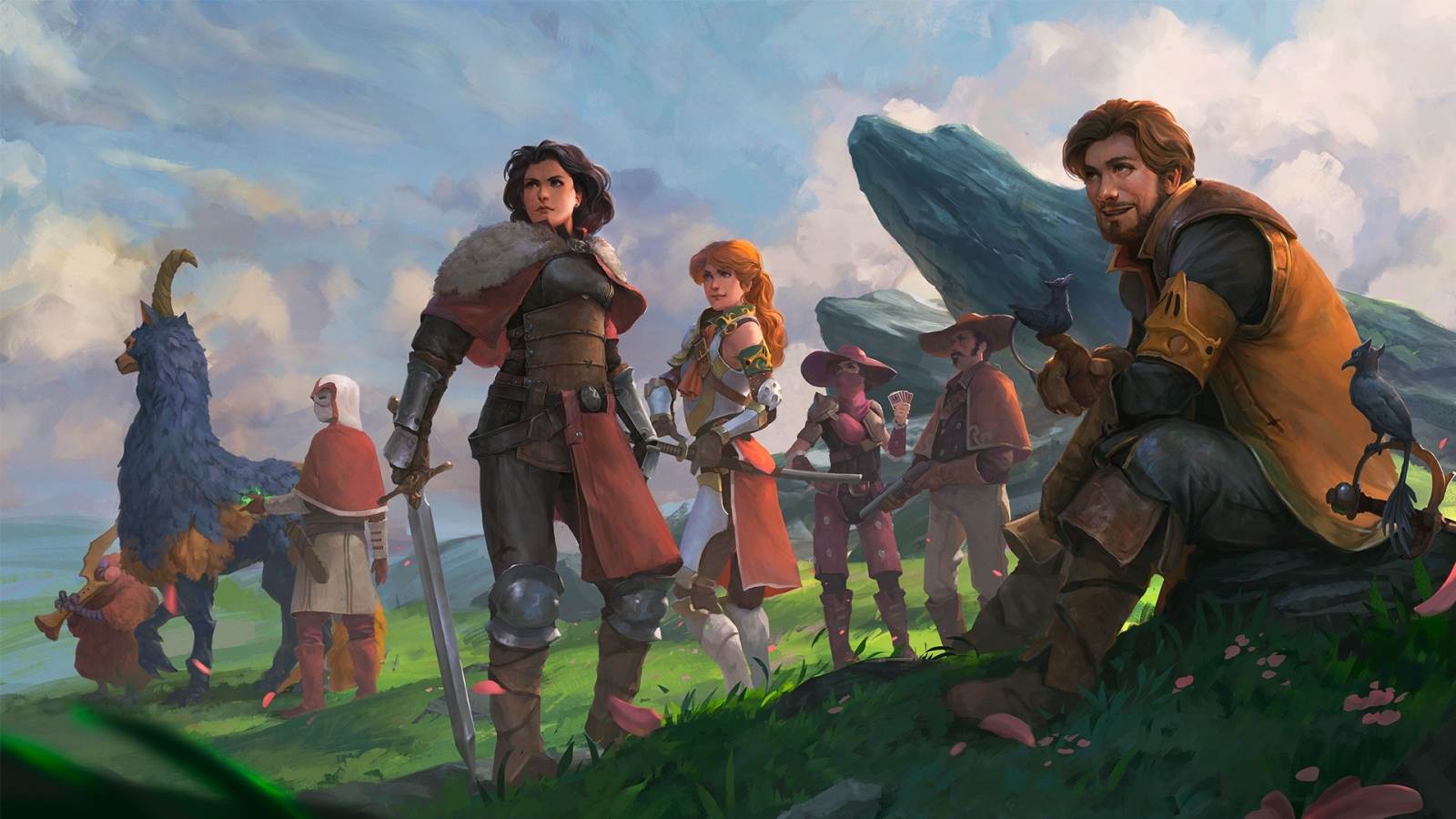 It’d be very easy to dismiss Fell Seal: Arbiter’s Mark as a derivative work of games like Final Fantasy Tactics, Tactics Ogre, or the more recent Banner Saga trilogy. That’d be a mistake. While it’s obvious that developer 6 Eyes Studios was heavily inspired by the aforementioned classics, it’s what Fell Seal does differently that makes it special.

The game opens in medias res, with the main character witnessing a murder and taking the perpetrator into custody. The main character, Kyrie, is an Arbiter — a mortal enforcer responsible for the immortal Council. As the Arbiter reaches the Council and turns in this prisoner, only to watch him be immediately released, she quickly begins to notice that things aren’t quite what they seem.

The first thing I noticed about Fell Seal: Arbiter’s Mark is that the art style is fantastic. While it is a tactical turn-based game and coming out of Kickstarter / Early Access, that doesn’t mean janky 8-bit characters with repetitious idle animations. Instead, the game features fun and colorful characters, a plethora of customization options, and a beautifully artistic approach that works remarkably well. It makes for a presentation that is both retro and modern at the same time. Minor first-hour spoilers are ahead, but you can check out a video of the first hour of Fell Seal: Arbiter’s Mark below:

One of the things I like most about Fell Seal is its approach to consumables. If you are like me, you’ve likely hoarded your most precious potions in the off chance that you “might need them later”, and then end up finishing the game with 999 of them, having never consumed a single one. Fell Seal approaches this wasteful dilemma differently, instead allowing the player to use items and potions a select amount of times, refilling them to maximum after the battle to be used again in your next engagement.

On the flip side, the exploit available in Final Fantasy Tactics is very much alive and well in Fell Seal. During battle you’ll earn experience by casting spells, attacking, and using items — nearly every action you take will yield something. Since you can target your own troops, it means you can end each battle by throwing a healthy beatdown on your own team once you’ve whittled the enemy forces down to one. In the end it’s not an unbalancing exploit, but it’s funny to be able to smack your casters for XP while they stand there and heal themselves. 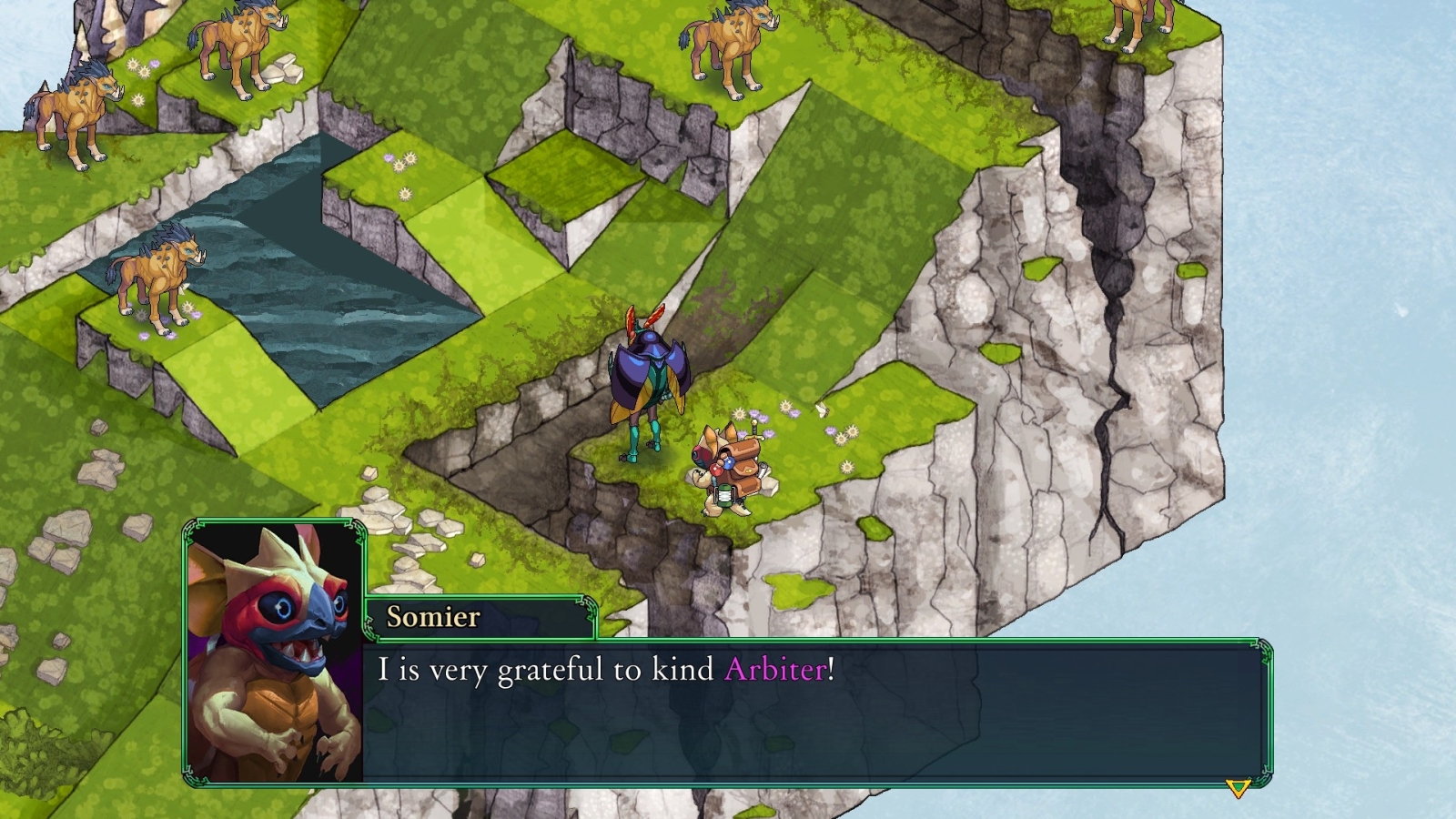 You’ll meet cute critters, though only a one will join your cause.

Experience points stack up to culminate in a level up, and also fuels the class system. Using a job system nearly identical to Final Fantasy Tactics, Fell Seal features over 20 classes that provide bonuses and new powers . Each class has a skill tree that you can spend your hard-earned ability points on to unlock new powers. Some of these are passive improvements that, as an example, might improve your health or allow your character to issue a counterattack to any incoming strike. These powers can be mixed and matched, and you can select a primary and secondary class, allowing you to advance two of them at the same time.

When your characters fall in battle (there are five difficulty levels, but even normal can be a challenge if you aren’t appropriately leveled) you’ll pick up an injury. Injuries cause a stat hit, forcing you to sideline them for your next engagement. If you bring them into battle and they receive another injury, now they will require two days bed rest to recover. These continue to stack, as do the stat penalties, forcing you to think hard before fielding an injured party member. Worse still, if you revive a team member only to have them fall again, you’ll pick up an additional injury for your troubles. To help combat this, you can recruit new characters into your party. As your team levels up, your recruits can be brought in at higher levels, meaning you don’t have to grind a level 1 rookie up to your level to be effective. This becomes critical when you have more than a dozen alternatives to the main crew. 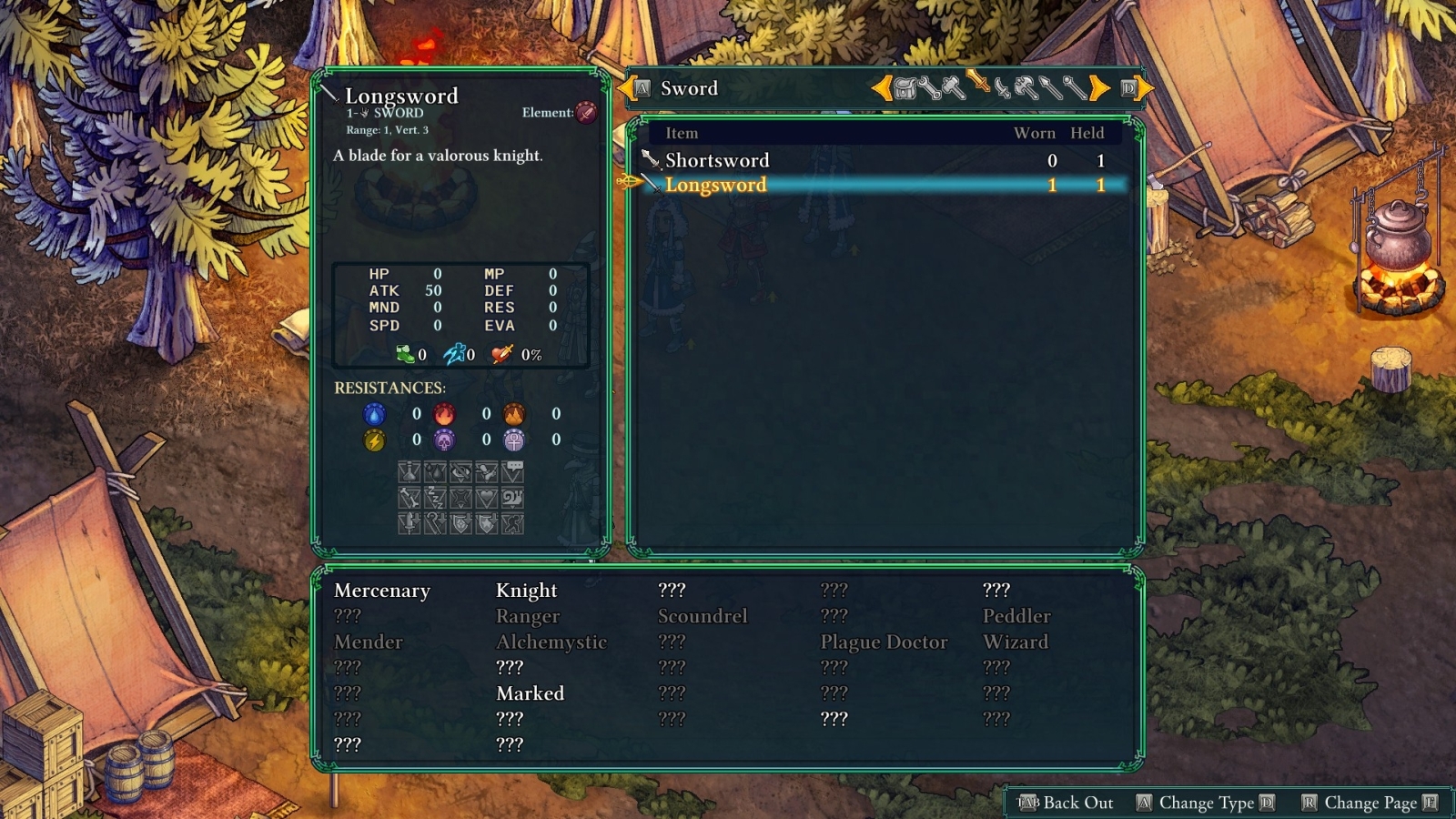 A spoiler-free look at classes and weapons to discover.

All in all there are roughly 45 story missions, as well as optional side content in Fell Seal. You could conceivably finish the game in about 30 hours, though if you are a completionist it will likely add another 10 or more to your total. There’s plenty of reason to explore outside the main thread as you’ll find the combat to be a bit more forgiving if you stray outside the lanes to pick up additional XP.

I have two complaints with Fell Seal, one is very minor, and the other is serious. The first complaint is that there’s no mechanism to rotate the camera. That is to say that the isometric angle and camera position is fixed, which creates the occasional issue with placing your troops or moving them into position against the enemy. You’ll see this occur when there are height differentials on the battlefield. The second complaint is easily the most painful. Despite the extensive and engaging campaign and side content, I have a deep desire for more Fell Seal. I’ve had a taste of what a modern evolution of the turn-based tactical game can be, and I guess I’ll just have to replay it until developer 6 Eyes Studios brings us a fresh expansion, and perhaps some Steam Workshop support.

Fell Seal: Arbiter’s Mark is easily one of the best tactical games I’ve played in recent memory. The fact that it was made by just two people is mind blowing. If you are a fan of Final Fantasy Tactics, Tactics Ogre, or games like Banner Saga, Fell Seal will scratch that itch. Just know going in that it might be a little bit before we get our next content fix.

Ron Burke is the Editor in Chief for Gaming Trend. Currently living in Fort Worth, Texas, Ron is an old-school gamer who enjoys CRPGs, action/adventure, platformers, music games, and has recently gotten into tabletop gaming. Ron is also a fourth degree black belt, with a Master's rank in Matsumura Seito Shōrin-ryū, Moo Duk Kwan Tang Soo Do, Universal Tang Soo Do Alliance, and International Tang Soo Do Federation. He also holds ranks in several other styles in his search to be a well-rounded fighter. Ron has been married to Gaming Trend Editor, Laura Burke, for 21 years. They have three dogs - Pazuzu (Irish Terrier), Atë, and Calliope (both Australian Kelpie/Pit Bull mixes).
Related Articles: Fell Seal: Arbiter's Mark, Let's Play
Share
Tweet
Share
Submit