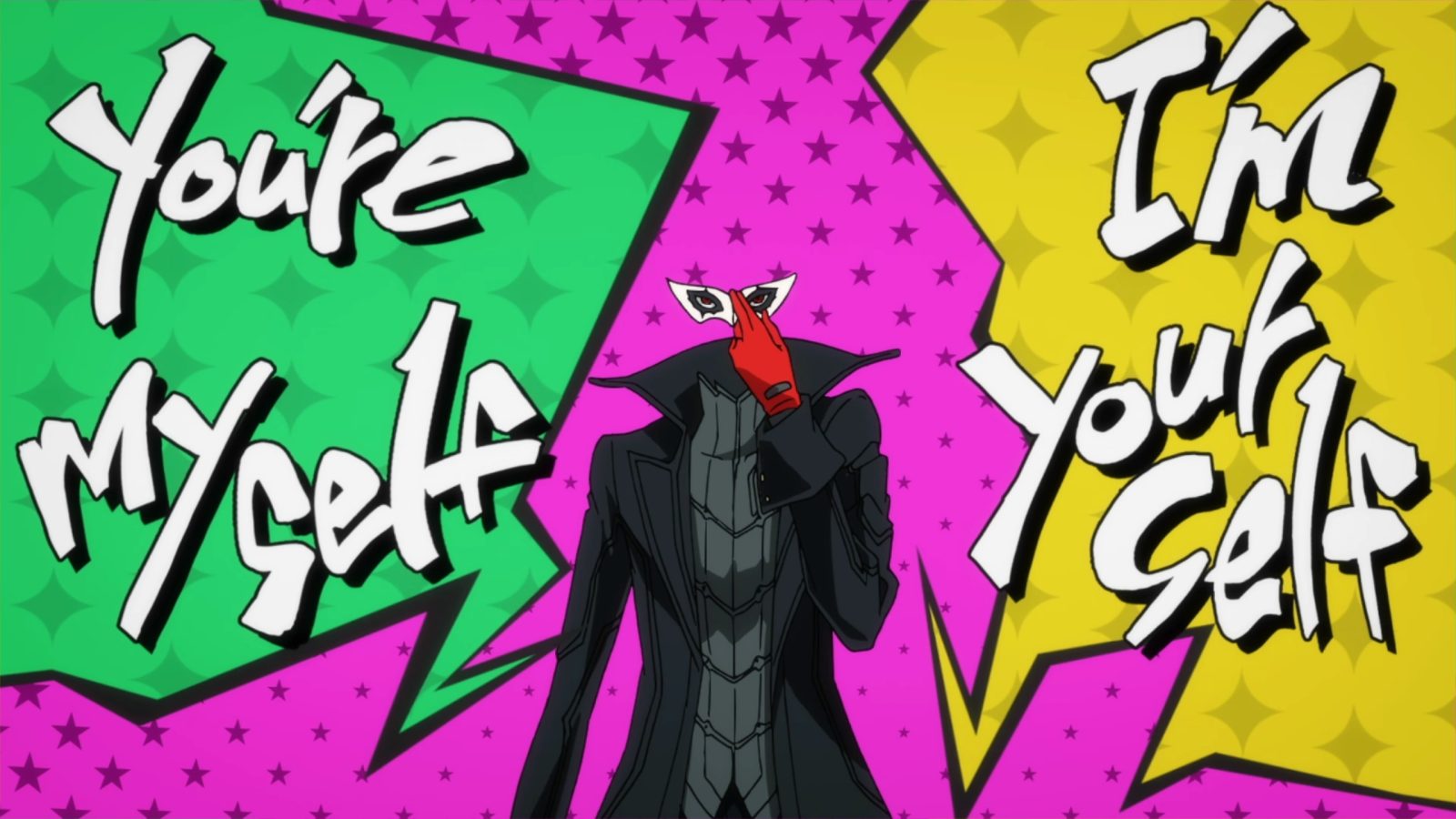 They say absolute power corrupts absolutely, but in reality it seems power simply attracts corrupt people. These bad actors in turn corrupt the systems they are a part of, and it’s been going on since the dawn of civilization. Politicians who line their own pockets with government funds, police acting in self preservation instead of assisting the people they’re supposed to protect, teachers bullying their students, or even just your boss who expects you to work overtime for no pay. Haven’t you ever wanted a little payback? To burn the machine that sees you as less human to the ground and spit on the ashes, or maybe just remove a few rotten apples from the pile so they can face actual consequences for their actions. This is the idea behind Persona 5, an immensely popular JRPG that took the world by storm in 2016. Now the game is making its way to all platforms including PC with the enhanced re-release of Persona 5 Royal.

If you’re not in the know, the Persona series, a Shin Megami Tensei spinoff, puts you in the shoes of an ordinary Japanese High School student who finds themself in extraordinary circumstances. Granted a magical manifestation of your subconscious called a Persona, you battle creatures called Shadows to earn experience, recruit them to your side as new Personas, make friends, kill Hitler, face off against your own traumas and insecurities, and more all while managing school and a social life. The modern incarnation of Persona (which sadly does not include murdering mind Hitler) began with Persona 3 on the PS2, where the core gameplay loop has you deciding what to do each day, such as leveling up your friendships called Social Links, heading into a dungeon to battle shadows, fusing Personas together to make more powerful ones, or improving your own social stats by singing karaoke and the like. Your time is limited, however, and you need to be ready to tackle certain challenges spread throughout the calendar year. It’s an addictive loop that meshes gameplay and story together in a wonderful way.

Persona 5 may just be the best of the bunch, with a 100 hour story and reworked combat that moves much faster while looking far cooler, but that’s debatable. Royal added an entire new semester, two new social links with a third being reworked, and a ton of new content in general. On top of all that, this release on new platforms includes all DLC such as costumes for every party member, special personas available in the Velvet Room’s Compendium, and even the special battles against the other games’ protagonists. Let’s get this out of the way first: Persona 5 is an incredible game that is well worth your time and more even if just for the soundtrack and visual spectacle – it’s that good. It may take you forever and a day to play through it, but the new platforms make it more convenient and accessible than ever.

I played the PC version for this review, and the options suite will seem familiar if you’ve played Persona 4 on Steam. On top of the normal amount of options the game already had (Dual audio is included by default too), you can select your controller icons, adjust resolution up to your monitor’s native, select from fullscreen, windowed, or borderless modes, swap monitors, and enable V Sync. As for graphics settings, you can adjust shadow quality, the framerate limit from 30 or 60 up to 120 (no unlimited option), choose from FXAA or SMAA for anti-aliasing, adjust the quality of depth of field, and finally adjust the rending scale from 50% of your resolution to 200%. Rending scale only applied to 3D rendered objects, but in essence setting it to 200% at my monitor’s resolution of 1440p allowed me to play the whole game in 4K at 120 fps, a massive leap from 30fps and 1080p.

As for controls, you can use any kind of controller you want with appropriate buttons including Nintendo Switch or play with keyboard and mouse. You can rebind just about every action for both control methods, and keyboard and mouse even supports cursor control for menus! It’s always a pet peeve of mine when PC ports don’t go the extra mile and include that, but it works perfectly here and even has a unique cursor of the knife that stabs into the current date on the calendar. It’s a bit janky, the battle UI especially was designed for a controller, but it’s great to have.

My biggest complaint about the keyboard and mouse control scheme is that certain actions don’t work with mouse clicks and you need to press spacebar instead. For example, when selecting a target in battle, you can’t just click on them like you’d think would be most intuitive. You need to use WASD to hover over a combatant then press space to execute your move. The map also won’t let you choose a destination via clicks, which is somewhat ironic since it’s contextualized as an app on your phone. It feels weirdly selective as to when and where you can use the mouse, but it does feel good to use when you can. 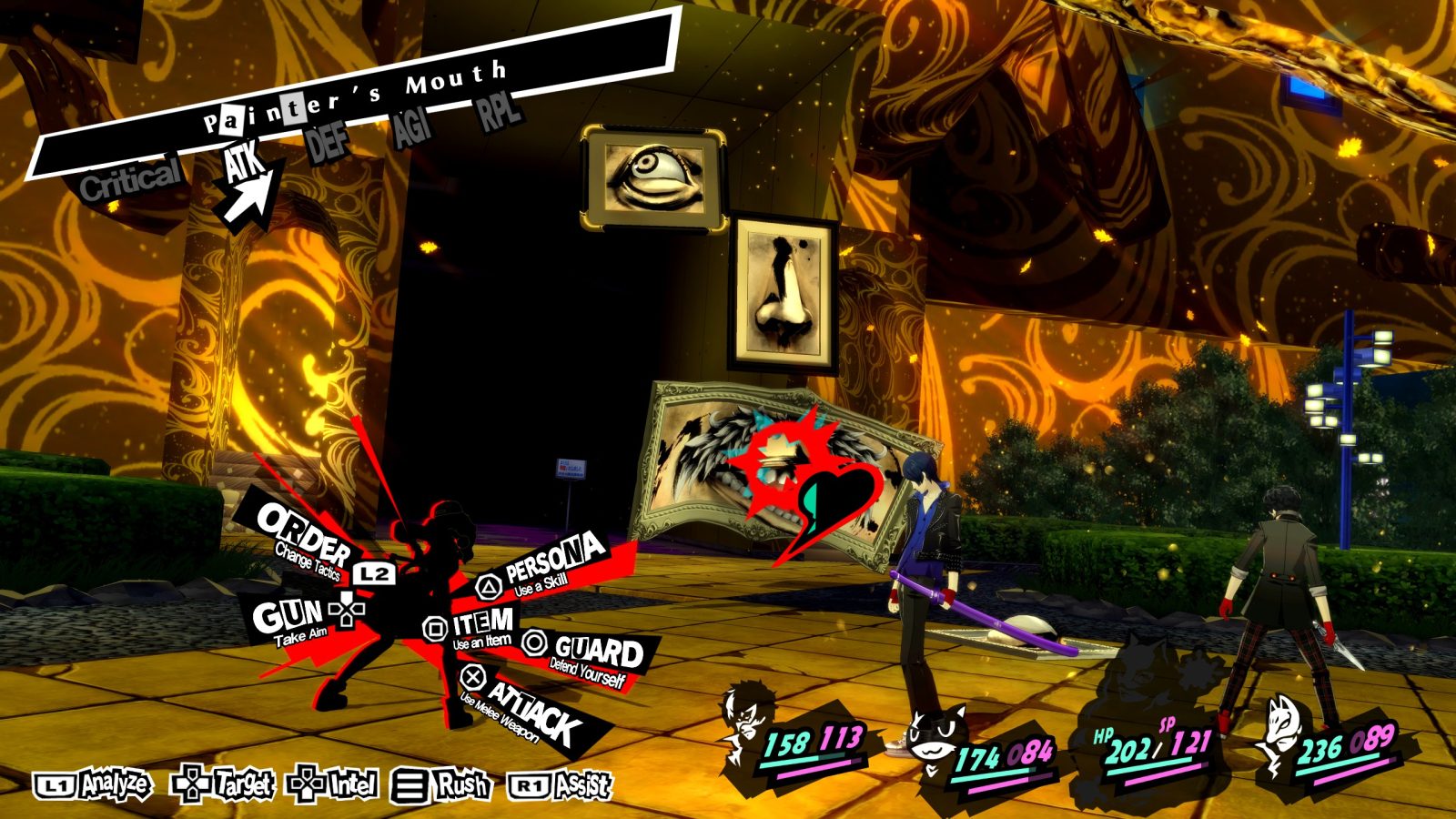 If you’re wondering how the game runs on Steam Deck, it’s fantastic with a few caveats. The game doesn’t support 16:10 so you’ll be stuck with black bars on the top and bottom no matter what. Instead of 800p I lowered it to 720 and set the render resolution to 125%, resulting in a picture perfect 60fps almost all of the time. The game does struggle a bit on the Shibuya main street, but it’s not that much of an issue. Sadly, the 2D elements like the UI and animated cutscenes don’t scale particularly well below 1080p, with text especially looking jagged and sometimes even becoming difficult to read. Text boxes usually have a big enough font that you can make it out, but SMS messages might have you squinting a bit. It makes me curious as to how the Switch version will fare considering the 720p screen, but for our purposes here on PC it’s a bit disappointing for those who don’t have super powered machines. You can go all the way down to 480p where the game becomes hilariously unplayable, so I think Atlus still needs to put some work in terms of lower resolutions.

Persona 5 Royal makes the leap to PC with aplomb. There’s a decent suite of options including rebindable controls and resolution scaling, but it’s not quite perfect. Keyboard and mouse leave a small amount to be desired and the UI looks awful at resolutions below 1080. Still, if you’re looking to play one of the most stylish and fun JRPGs around, PC is the perfect way to experience it.

David is the kind of person to wear his heart on his sleeve. He can find positives in anything, like this is a person who loved Star Fox Zero to death. You’ll see him playing all kinds of games: AAAs, Indies, game jam games, games of all genres, and writing about them! Here. On this website. When not writing or playing games, you can find David making music, games, or enjoying a good book. David’s favorite games include NieR: Automata, Mother 3, and Gravity Rush.
Related Articles: Persona 5 Royal
Share
Tweet
Share
Submit