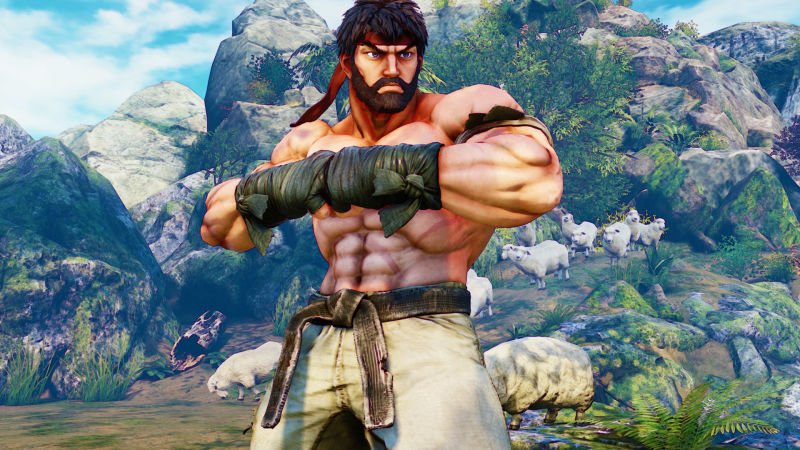 Buying into Street Fighter V at launch feels like being an early adopter for the next generation of the iconic fighting series. What Street Fighter V offers now feels like the framework for something long term, and it means that not everything you’ve likely come to expect from most fighting games is here, but what is available now is a game of near-unrivaled depth and balance. It manages to be streamlined enough to give new players a place to jump in, but also skill-based enough to give pros a satisfying stage to play on for several years.

Street Fighter V’s roster is merely a fraction of what Ultra Street Fighter IV’s was, with only 16 characters to pick from at launch. This ranges from recognizable standards like Ryu and M. Bison, long-dormant fan favorites such as Karin and Charlie Nash, and new fighters who will likely ascend to these ranks like Laura and Rashid.

The stripped-down cast of Street Fighter V boasts a well-balanced and varied group of characters for players to choose from. Each fighter helps to round out a roster that accommodates most play styles to some degree, while also feeling compact enough to circumvent significant balance issues. Ryu and Ken act as a great starting point for beginners, while specialists can look to close-range grapplers like Zangief and R. Mika, while those wanting to keep their opponents at a distance can try out Rashid and F.A.N.G.

While small, Street Fighter V’s roster feels comprehensive and viable in the competitive space. These characters are all eclectic enough that, no matter the playstyle, there is someone here for you to try out and master. Old characters feel new thanks to the addition of things like character-specific V-Triggers that add new properties to attacks, or in some cases, unleash new attacks typically inaccessible within a character’s arsenal, allowing you to mix up your strategies and potentially regain the advantage in a fight.

All this makes for an immaculate fighting game, with a roster tailor-made for the competitive scene that has made Street Fighter the cultural beast it is. Street Fighter V is a thrill to play online, where you’re likely to spend most of your time with the game for at least the foreseeable next few months.

This is because Street Fighter V’s actual launch content are incredibly slim for those less skilled at fighting games,or just not looking to get involved in the highly competitive online community.

At launch, Street Fighter V has only a few modes for offline play, including character-specific stories, a survival mode, local versus matches, and training. The story mode will take maybe a little over an hour to complete for all the characters that are available now, as each only features anywhere from two to four fights against fairly easy opponents, which doesn’t substitute for a basic arcade mode that will give solo players a longer chance to try out any of these characters.

The survival mode is a better solo experience, as you can try out any character against waves of oncoming opponents at varying difficulties to match your skill level. Versus mode could also theoretically give single players a chance to try out new characters and specific matchups, but as of now the mode is only playable between two human players, instead of against one AI-controlled opponent.

As it stands, whether or not you should buy Street Fighter V isn’t really a question of “if,” it’s a question of “when.” What Capcom has here is simultaneously the most bare bones of offerings a retail fighting game has launched with in recent memory, and one of the strongest games in the genre when it comes to the core fighting mechanics that will determine if it lives or dies in the competitive space.

Street Fighter V is a masterclass in fighting mechanics, but doesn't offer enough content to necessarily justify buying in just yet unless you're among the most die-hard competitive players.

God of War PC Review — Are you winning, BOY?