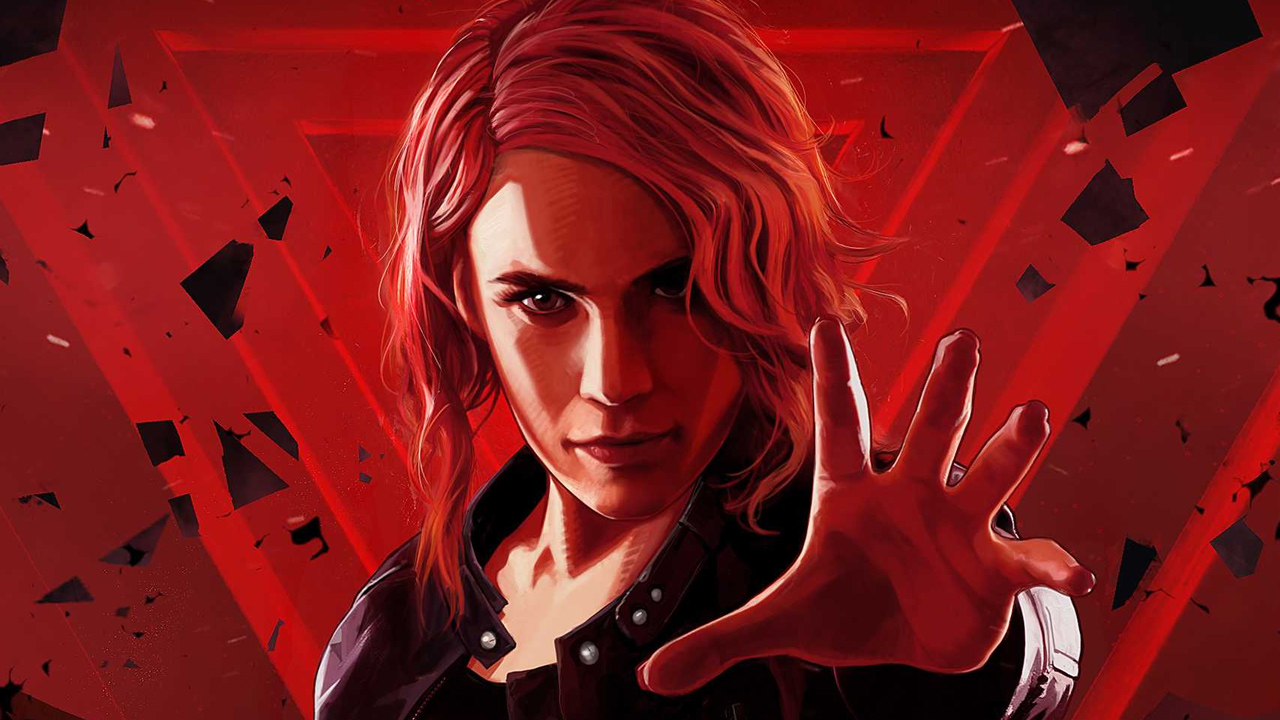 I’m several hours into Control. I’ve got a gun that transforms, I can manipulate matter and throw objects with telekinesis. I can defy gravity and have not only become the Director of this bizarre building that houses the Bureau of Control, but I’ve also visited the Astral Plane multiple times. I have little idea of how I got here (but the mysterious janitor seems to) and I love it.

I can promise I’ll tread lightly with spoilers here, but with a story this odd, there has to be some explanation. Control is the newest in a long line of genre-bending and ambitious games from industry veterans, Remedy Entertainment. You play as Jesse Faden, the new Director of the Bureau of Control — a paranormal-focused agency tasked with studying bizarre and otherworldly phenomenon.

Jesse arrives for her interview at the Bureau, finding it mostly deserted. Running into a janitor named Ahti who provides directions up to the Director’s office (and more than a few hints that he’s more involved in this mess than it appears), we head up for our face-to-face only to find the current Director has shot himself in the head. A little voice in our head (yes, literally) tells us to pick up the gun, and by doing so, suddenly we become the new Director. That’s not even close to the strangest thing that’ll happen to Jesse — not by a long shot.

With little explanation, Jesse begins to find Bureau members suspended in the air or turned into corrupted versions of themselves. Jesse dubs these reality corrupting people “The Hiss” and sets out on her journey to figure out how they came to be and how to reverse these tears in the fabric of reality. All of it seems to be linked to the paranormal nature of the building, which other people Jesse will meet call “The Oldest House.” In terms of storyline, there’s never been anything quite like Control.

Before we dig into this review fully, let’s look at the technical pieces that make Control the reason why you need to a.) play this on PC, and b.) pick up an RTX-capable NVIDIA card posthaste. Remedy is using their proprietary Northlight engine for Control, the same engine that was used for the absolutely gorgeous Quantum Break. This engine features a full physics-based renderer capable of capturing picture perfect versions of actors and actresses and bringing them to life, clearing the uncanny valley in a way few games (if any) can match. Jesse’s hair is meticulously coiffed, but there are very small hairs slightly out of place. The game frequently zooms in on character faces to a distance that lets you see every pore and microexpression as they react to conversations. Working with NVIDIA directly, they’ve also baked in some very impressive real-time ray tracing technology (better known as RTX) that touches every aspect of the environment.

Even without RTX, Control is a beautiful game with stunning lighting, but RTX takes the game to an entirely new visual level. The slick and angular surfaces of marble in the game glistens like you’d expect, but reacts to light sources in real time, even as your own shadow crosses over it. Similarly, reflective water looks realistic and reacts to disruptions like Jesse’s powers, a nearby overhead lamp, or being stepped through. Having full “control” (enjoy the pun) over the lighting engine has also let Remedy play with colors in a way that adds to the otherworldly ambiance of The Oldest House. Colors and shadows have a more natural gradient to them instead of simply having light and dark. The largest (but far from the only) example of this is the Astral Plane which has a massive light source in the distance that casts long shadows into the foreground. Beyond the obvious whiz-bang stuff, there’s also some very subtle things that add far more than I would have expected — correct shadows underneath and around objects. Stopping to admire the environment means getting to see where an overhead light might cut across a control panel, illuminating one half but leaving the other half in shadow. While that’s not new, seeing how the light cuts behind the pipes on the control panel, renders the shadow on the ground correctly, and doesn’t just cast a big black spot underneath raises the believability factor of this very unbelievable world that much more. I didn’t know that I was sold on RTX until now, but hot damn does this game look gorgeous in 4K with all the options maxed. I never imagined I’d marvel as a crazy janitor mopped a wet floor in a game, but here we are. 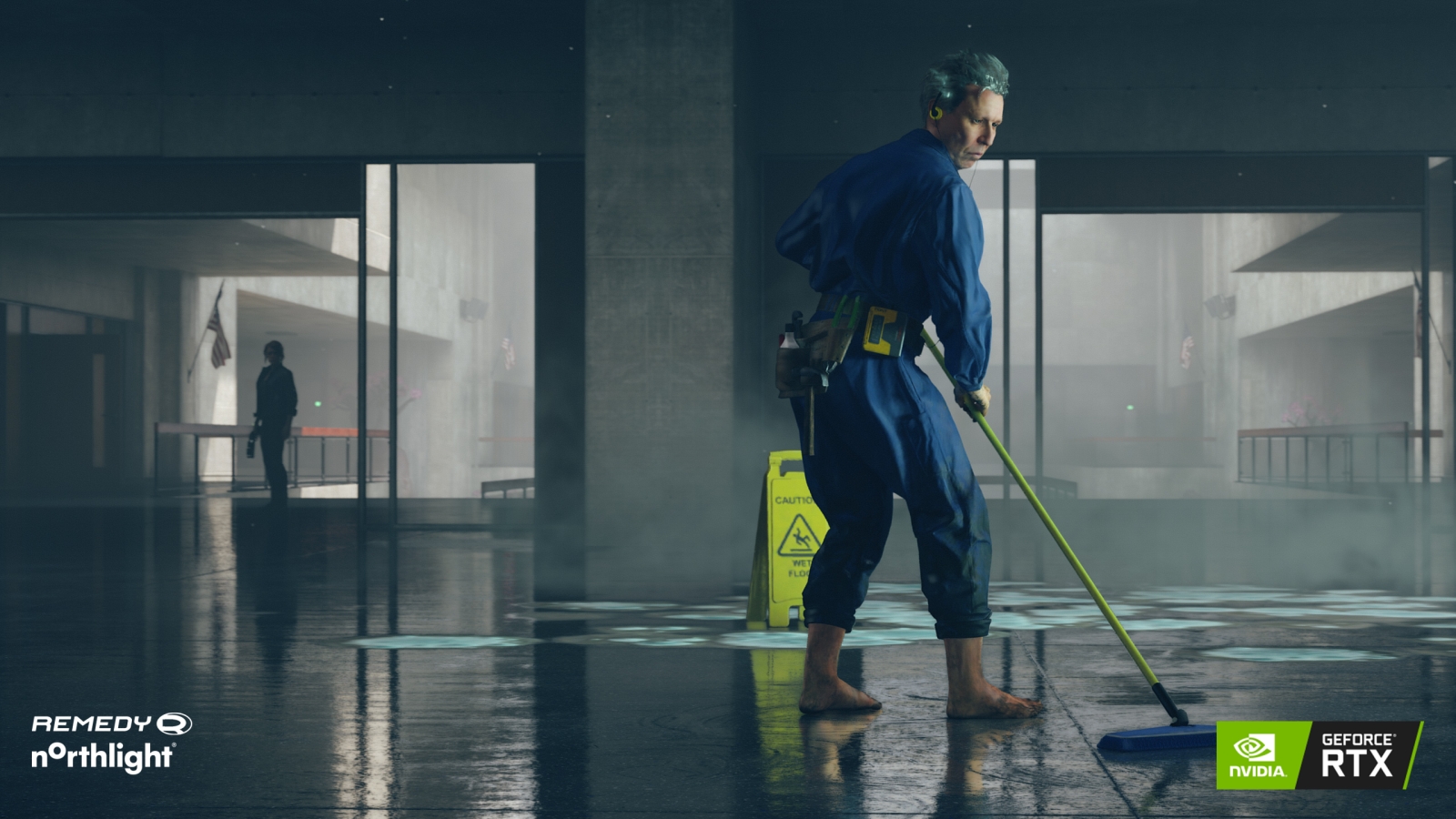 Control sets Jesse loose in The Oldest House and doesn’t push her in any specific direction. There are main missions that push the story, but there are also side story missions that can be equally as bizarre and rewarding. Jesse isn’t alone on her journey — some of the officers of the Bureau of Control were issued large devices called Hedron Resonance Amplifiers which they strap to their chest to prevent them from being corrupted by The Hiss. These folks often have small asks of Jesse, or can provide guidance or backstory. Since these also reward the player in currency and gear opportunities, as well as more of the deliciously strange storylines, every one of them is worth crossing off the list.

Gear is handled in a new way for a Remedy game. The gun you pick up is called The Service Weapon, and it has the ability to assume new forms as the story unfolds. While there are several variants to unlock, you can only equip two at a time. I’m being careful not to spoil it, but suffice it to say that the first few aren’t surprising and fall into the pistol -> shotgun -> machine gun pattern, but surprises lay ahead for that weapon.

Augmenting the Service Weapon is accomplished by picking up mods or from spending the Source currency and strange artifacts that you collect, both retrieved from slain Hiss. Instead of a straightforward path for upgrades, you get a chance at random mods in an MMO type stack. Mods start off as random commons, then uncommon, rare, and Prime. In the beginning you can only equip one mod for your weapon at a time, but as your power grows (and you spend that currency and collectables) you can grow that number up to three per weapon and three for Jesse’s powers as well. These, again, fall in the MMO stat realm with two of the same class of mod offering a 10% improvement whereas the next one might have 12%. There are a total of 43 powers and power upgrades to unlock to improve health, shields, throw power and more.

As Director, Jesse’s powers expand as she finds and cleanses “objects of power.” These objects of power, often mundane objects like a lamp or a merry-go-round horse, are causing “Altered World Events.” Closing down these AWEs are accomplished in the Astral Plane (because of course they are), unlocking new powers for Jesse. These visits also serve as a sort of tutorial on how to use her newfound skills. There’s no way I’m going to ruin these any more than I have to as they are an absolute delight to uncover, but the power progression feels just right across the 20-25 hours of the game. You’ll start off struggling and overwhelmed, but by the end you are an absolute beast. Better still, the powers aren’t handed to you on a schedule, and some of them are directly tied to the aforementioned side missions. I’m not sure if you’d stumble on them in some other way in a second playthrough, but on the surface it seems like you might not. Here’s a brief and semi-early example of a wave-based combat sequence, rendered at a buttery-smooth 4K resolution with 60fps to showcase a few powers:

Control, other than the side missions, is semi-linear, but that linearity is handled in a genius way. Each area has a corrupted “control point” which is often guarded by members of The Hiss. Clearing these foes out and then cleansing the control point opens up that point as a fast travel node, and a place to perform upgrades and take on new missions, but it also transforms the building itself. The walls, ceiling, and floor begin to twist and change shape, revealing previously inaccessible paths. There’s certainly handfuls of keycode locked doors, but that’s not the normal barrier in this very not-normal game.

One of Jesse’s earliest powers is a sort of “force push” that allows her to blast her foes backwards causing damage and often knocking them off their feet. It also makes light work of just about any surface in the game. Control has some of the best debris and destructibility I’ve ever seen. Hitting a desk sends paper floating into the air, slowly settling back to the floor, but also rips the desk into splinters, sending pieces and any other contents flying. Bathroom stalls explode if you hit the flimsy partition wall between them, shredding the adjacent concrete. That’s not just fun window dressing, however, as it ties directly into some of Jesse’s other powers. Picking up objects extends to nearly everything in the room. Hitting a Hiss soldier in the face with a 100 lbs chunk of concrete and rebar just seems cruel, and I can promise it never gets old. Later on she’ll also learn the ability to focus the concrete chunks into a large shield, which is helpful when the enemies also upgrade their own skills.

If I had a minor nit, and it’s very minor, it’s that the puzzles have clearly been kept simple in favor of keeping the player engaged in exploration and combat. It’s a minor tradeoff when the exploration and combat are this satisfying. That said, standing next to a Level 2 door without a Level 2 key, but having the game allow me to simply blow a hole in the adjacent glass wall and step through it more than makes up for it.

I really love the new approach that Remedy has taken with Control. It doesn’t hold your hand, and it lets you control your powers and weapons as you see fit, providing the player with direct agency over how their version of Jesse handles combat. The storyline is as riveting as it is strange, each power more rewarding than the last, and all wrapped in a world that is uniquely Remedy. Control feels like the game that they’ve always wanted to make, taking the best parts of every Remedy game that came before it, with a dash of Metroidvania and Zelda thrown in for taste. It’s easily their most ambitious game to date, but damn if it doesn’t deliver on every promise in spades.

Control manages to take the awesome cutscenes we see in other games and makes them playable. A bizarre adventure with rewarding power fantasy, this is the culmination of all previous Remedy games. Part exploration game, and part sci-fi shooter, Control blends a tight narrative, stunning graphics with RTX-powered lighting, and a hub-based world to create something entirely new and absolutely gorgeous.

Ron Burke is the Editor in Chief for Gaming Trend. Currently living in Fort Worth, Texas, Ron is an old-school gamer who enjoys CRPGs, action/adventure, platformers, music games, and has recently gotten into tabletop gaming. Ron is also a fourth degree black belt, with a Master's rank in Matsumura Seito Shōrin-ryū, Moo Duk Kwan Tang Soo Do, Universal Tang Soo Do Alliance, and International Tang Soo Do Federation. He also holds ranks in several other styles in his search to be a well-rounded fighter. Ron has been married to Gaming Trend Editor, Laura Burke, for 21 years. They have three dogs - Pazuzu (Irish Terrier), Atë, and Calliope (both Australian Kelpie/Pit Bull mixes).
Related Articles: Control, Let's Play
Share
Tweet
Share
Submit