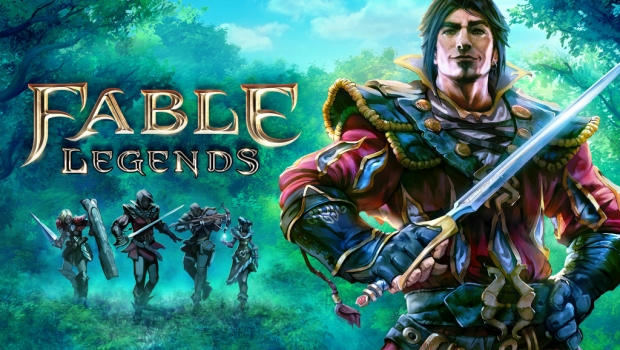 Moving halfway across the country, having the movers do over $18,000 worth of damage to my personal effects, selling my old house and buying a new one, and all of the packing and unpacking that goes into that nonsense was pretty taxing.   Gaming came to the rescue, helping me rest and relax between battles.  It was as fantastic year for gaming (even if you aren’t a fan of open-world gaming) and surprisingly across all platforms.  2016 is shaping up pretty nicely with titles like Uncharted 4, Dishonored 2, For Honor, and even Half-Life 3!   Well, we know the last one isn’t coming, but it’s a pretty great lineup without it.

All of that said, I’m happy to close out 2015, and I’m looking forward to playing some of the games I missed.   If you have suggestions outside of the list below, throw em my way in the comments.  Maybe I can get Kenneth to play through more than the first 15 minutes of an open-world title…

It had to happen eventually.   Nintendo finally said, “Hey, if you have so many ideas for our games, why don’t you just make them yourself!” and they released Super Mario Maker.  Dark Souls-esque difficulty combined with Nintendo’s signature characters and whimsical settings rules the day with player-created content, and we couldn’t be happier.  The game scratched the creative itch, while giving us the tools to share with our friends.  If you are a Wii U owner, this is the game you didn’t know you wanted.

This one makes the cut because of its incredible comeback story.  Destiny’s storyline didn’t sit well with a lot of players, and the arbitrary levelling system, half the time, felt like trying to shove a brick with a ramen noodle.  Team Bungie went back and retooled both, bringing a new voice actor, refined mechanics, fresh modes, and an all-new story with this expansion.   It brought the audience back in a big way.   If this is the sort of expansion packs we can expect from Destiny, sign me up long-term!

Hearkening back to a time when RPGs were isometric with tiny characters and lots of text, Pillars of Eternity delivered that classic RPG feel in a big way.  With a robust and very expansive storyline full of surprises and unique characters, Pillars is Obsidian at their best.  If you loved the likes of Baldur’s Gate and Icewind Dale, then you should already have this in your library.  You should probably pre-order Tides of Numenera (the spiritual successor to Planescape Torment) while you are at it.

Mortal Kombat was in pretty dire need of a refresh, and the team did that and much more with Mortal Kombat X.   Sure, it’s rooted in the same silliness as the rest of the series, but the controls are tight, each character (and boy is it a huge roster!) is unique, and somehow it all feels pretty well balanced.  It’s clear NetherRealm is pretty confident in this release as they have a second season of characters planned for 2016.

When I heard that Activision was bringing back Guitar Hero, I assumed it was gonna be heading back to their five-button roots.  With one of my favorite developers, FreeStyle Games of DJ Hero fame, at the helm I knew I was in for something completely new.  With a surprisingly intuitive new guitar layout, a fresh presentation system, and a solid system to provide ongoing content, Guitar Hero Live is something altogether different than anything else out there.  It seems like the system is in every Best Buy, T-Mobile, Target, and Walmart, so you don’t have to take my word for it — take it for a spin and I think you might be pleasantly surprised.

I can imagine Batman: Arkham Knight being much higher on my personal list, but unfortunately I purchased it on the PC.  From launch till November the game was represented in varying degrees of unplayable stuttery mess, even on a high-end PC.  Once the bulk (but still not all) of the bugs had been exorcised from the game it showed off the incredible work Rocksteady Studios had put into this Batman swan song.  The console versions are pretty bulletproof, and now the PC version is nearly as solid.  If you are a fan of the Caped Crusader, this is likely already in your library.  If not, remedy that.

When I saw the Fulton system I thought it was completely eye-rollingly ridiculous.  When I started doing it for myself, I simply couldn’t stop.  The completionist in me insisted that I pull every gun, jeep, soldier, and anything else not bolted down off the battlefield for use in my base.  The story is pure Kojima nonsense, and I could care less.  The game is an absolute blast.  I’m looking forward to seeing what Kojima does with his new studio.  Whatever it is, it’ll be obtuse and fun.

A Wii U title in my top 10?!  Surprisingly, yes.  I’ve never played a Xenoblade game up to this point, so it was a gamble to jump in at this point.  Amazingly, the game holds up just fine on its own. Sure, it’s got the usual crazy Japanese trappings and hallmarks of any old-school JRPG, but the story is compelling, the mechanics are solid, and it (eventually) features giant stompy mechs!  It’s hard to argue with that.   If you are a Wii U owner, this is one that will make you dust off the console.

5. Starcraft II: Legacy of the Void

Blizzard saved the best for last.  After a very long wait, we finally get our hands on the Protoss expansion, and it delivers in a big way.  Blizzard could have rested on their laurels (but when have they?), but instead they introduced all-new modes like Archon, big refinements to the multiplayer system, and coupled it with a well-written single-player game.  Around every corner is something new to explore.  With the multiple options for how you might tackle every mission, and the unit variety therein, it’s one worth playing more than once.

It’s not a surprise that the annual installment of Call of Duty would be good, but this one takes more than a few risks with the relatively safe formula the series has been following.  The multiplayer class system, the wacky and unpredictable single-player storyline, and a fresh take on Zombies makes Call of Duty: Black Ops III feel like a pretty wide step to the left for the well-established franchise.  Sure as the sun will rise we’ll have another one next November, so here’s to hoping the development teams continue to tweak the formula.

I didn’t know I was a Power Armor hoarder.  It turns out when you give me the tools to build my own structures, and the ability to snag scores of nuclear-powered suits of justice, I’ll spend far more time doing that then rescuing any lost family members.  Unsurprisingly, the world is huge and filled to the brim with things to go, but some of the simple tweaks to the formula make the best parts feel fresh and exciting.

2. Rise of the Tomb Raider

As sequels go, it’s not often that the second installment of a reboot outshines its predecessor so handily, but that is every bit the case with Rise of the Tomb Raider.  Acting almost as a second origin story for Lara Croft, the game returns to its roots with a greater emphasis on puzzles, exploration, and in line with its namesake, tomb raiding.  Sure, there’s all sorts of wonkiness with the timed-exclusivity business, but this is one you shouldn’t miss.

The Witcher 3: Wild Hunt got a lot of love from the team, as you can see from the other members who put it at or near the top of their personal lists.  It’s my Game of the Year as well, and for the reasons so many mentioned before and more.  It’s expansive.  It’s alive.  It’s morally gray.  RPGs are usually a cut-and-dried affair, with a very analog choice system if there’s one at all.  In the case of Wild Hunt, all of that is hidden from the player, just like it is in the real world.  Combined with a flawed protagonist, and characters that feel like they have their own motivations and aren’t just sitting around waiting for you, and you end up with something very special.  Gwent is just the icing on the cake.